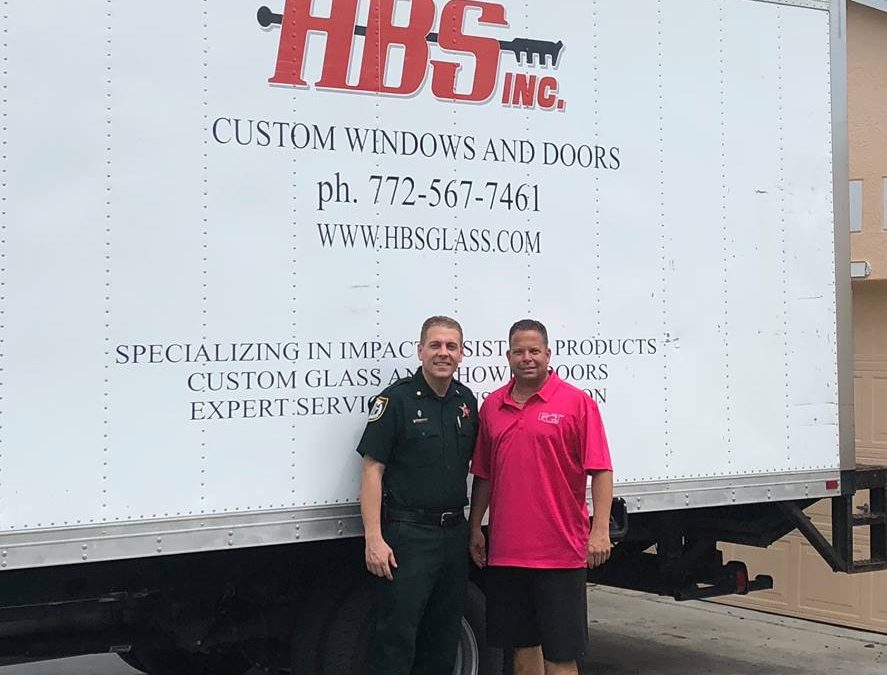 On Saturday, July 21st the Indian River County Sheriff’s Office received a call from friends worried about Mary Cussen (75), of Vero Beach. Friends had not heard from her for several days, she did not answer her phone, and mail had accumulated at her residence. They advised that Mrs. Cussen’s husband had recently passed away and they were worried about her. A check of local hospitals revealed that she had been in their facility in the past, but was not currently being treated. Deputies responded to her home and could see blood inside of the residence through a window. Deputies made the decision to enter the residence by breaking a rear window of the home. Once inside, they discovered that she was not there. Subsequent follow up revealed that Mrs. Cussen was being treated at a local medical facility.

Indian River County Sheriff’s Sergeant Christian Mathisen was on scene when the window was broken and assured Mrs. Cussen that it would be taken care of. He contacted HBS Glass to obtain a quote to repair the broken window. Upon hearing the story, HBS Glass immediately stepped up to replace the window at no cost to Mrs. Cussen or the Indian River County Sheriff’s Office. The window was replaced within hours.

Indian River County Sheriff Deryl Loar stated, “We want to thank HBS Glass for their commitment to community service. Due to health concerns and the recent passing of her husband, Mrs. Cusson would not have been able to accomplish this window replacement on her own. We are proud to partner with businesses such as HBS Glass to help ensure the safety and security of our residents.” Although HBS Glass did not expect any recognition for their generous act, Mrs. Cusson wanted to express her thanks to both HBS Manager Rob Vaccaro and Sergeant Christian Mathisen for their efforts.